Launched in 2020, The Players Trunk is a relatively new platform that acts as a conduit between former college athletes, sports fans and collectors.  The business enables players to sell memorabilia once their college careers have come to an end.  The site was founded by former University of Michigan basketball manager Jason Lansing, fellow Michigan graduate and brothers Austin and Hunter Pomerantz, both former team managers, along with former Michigan basketball players Charles Matthews and Zavier Simpson.

Items sold include game and practice-worn gear, warmups, team-issued caps and shirts and items worn in pro tryouts, among other things. So far, hundreds of athletes have placed memorabilia up for sale through The Players Trunk–from football, basketball and baseball to lacrosse, women’s volleyball and other sports.  A few of the athletes have gone on to pro careers.  Some have moved on with their lives or are competing around the world.  Dozens of Division I schools are represented in the company’s inventory, with most price points ranging from $25 to $250. Gear from better known athletes and popular schools tend to sell quickly.

Tony Reid-Along with your brother Hunter, Jason, Charles and Zavier forming your own Fab Five, how did The Players Trunk team come together?

Austin Pomerantz-I love that Fab Five reference. I was a manager at Michigan alongside my college roommate Jason. My brother was a manager at Syracuse University and of course Charles and X were star players at Michigan. We overlapped. We got super close just from rebounding, spending time at different restaurants. You really get to know the players on and off the court. With that, they came to Jason and myself and said they had all this excess gear sitting in their lockers. They didn’t know what to do with it. They told us to take whatever wanted but after that they wanted us to help them sell it. We wanted to help out our friends and that is how it started doing it via Instagram and Twitter.

Along with that, there was a lot of going back and forth with fans asking Charles for a follow back, they were asking Zavier what his phone number was. It was very tedious. We knew there had to be a better way to do it. We were also doing local meet ups at the time. Michigan has fans all over the United States but when you restrict it to Ann Arbor meet ups it limits the pool of people that can purchase the products.

Once Covid came around it put a pause in all of our schedules. We weren’t sure as far as contracts for Charles and X as far as the G-League or the NBA route.  Then for Hunter, Jason and myself, we had no idea what we were doing as far as jobs and internships. That’s when we realized that the time was now to do something during quarantine and stay productive. Fast forward to today and that’s where we are now. 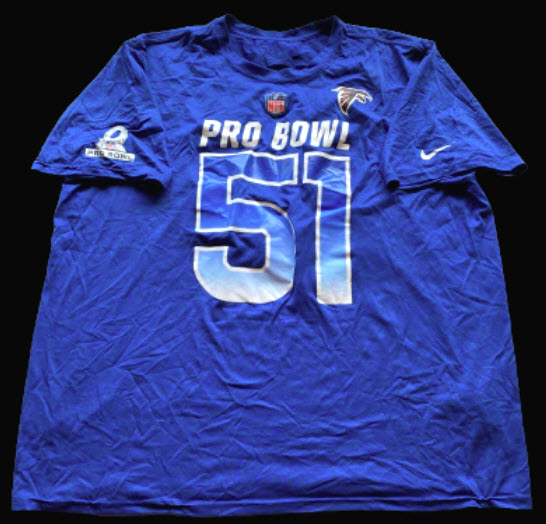 TR-What has been the most eye opening aspect of the company and your time there?

AP-I think the most eye opening thing is how fast things have spread through word of mouth. Early on it was a lot of us reaching out to other athletes. Charles and X were instrumental with their athlete connections. It seems so big but at the end of the day, it is so small. Growing up and playing with different athletes, their reach is tremendous. You start by helping the Duke point guard sell his gear and the next thing you know the starting center reaches out to you ‘Hey, I saw you did a great job with my teammate. He was telling me all about you guys. How do I get involved?’ That has been the most eye opening thing, the traction from the players and the fans.

The fans have been great. It’s an awesome opportunity to support the athletes but also own and wear this cool gear to tailgates, parties, to the YMCA, where you can wear the starting point guard’s practice jersey. It’s just a cool opportunity all the way around and we are happy to play a small part in it. 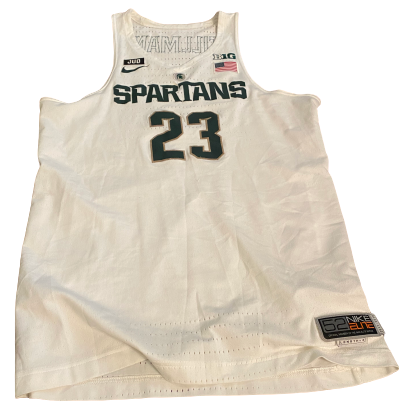 TR- You say player empowerment is so important to The Players Trunk. You sell the gear but also some player-branded NIL products as well. How important is that in the market right now?

AP-It’s such a huge element to what we have always set out to do. That’s why Name, Image and Likeness is so long overdue. It’s great to have athletes get paid in school. We were that first opportunity for athletes, the second they were done, to get paid for their hard work. Aside from a scholarship they just had their gear. It was jerseys, travel gear so now when they had the chance to sell it afterward, it was their first opportunity to monetize from their time in college. We are always about trying to help the athletes. We try to make it as headache free of a process as possible, so they can focus on their craft, whether it be basketball, football, tennis, all of these different sports– both men’s and women’s– on the platform. The biggest thing for us is how can we make their lives easier? At the end of the day, we know how busy they are and we are just trying to add value.

TR– The Pomerantz Family garage was repurposed as a TPT warehouse. Where does that stand today?

AP-We are still there. The parents aren’t too happy with it. They are putting up with it. They are super supportive. We can’t thank all of our parents enough, just for how willing they have been to help. Jason’s apartment is flooded with gear at the moment, too. One day we will get out to a warehouse space. For right now we are making it work. We love doing it each and every day. It doesn’t even feel like work to be honest. 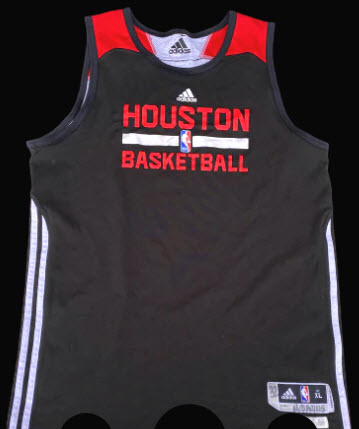 TR–One would imagine that game used jerseys and any type of game used or team issued sneaker would be huge sellers for you but what one category has been a surprise with the level of sales and interest?

AP-I wouldn’t say it surprised me but I would say the one that is a huge category is the practice jerseys. It’s such a cool item. We can’t keep them in stock. They fly off the shelves. The cool thing is that you have the people that want to collect it. They will hang it up or even frame it but you also have the people that will wear it to a tailgate or when you are playing five on five pickup with your friends. That is the coolest item or my personal favorite. Obviously the game worn items are amazing as well, but I really like the practice jerseys.

TR–Not only are you selling great college gear, you recently launched Players Trunk trading cards. How did that piece of the business come to fruition? 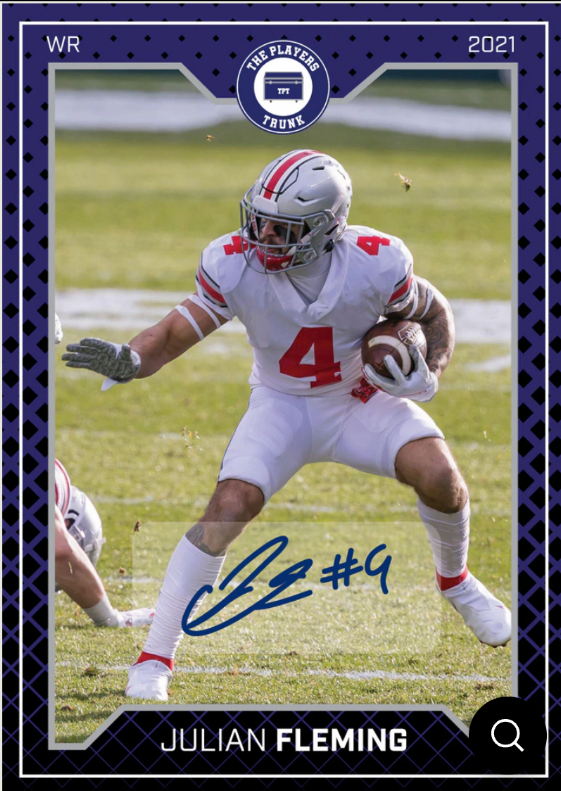 AP– I have been collecting cards ever since I was a kid. I would go to the store and rip packs. There are tons of them. They are stacked in binders. I have to go through them at some point. Maybe I will find a nice gem in there. All three of us, Jason, Hunter and myself that was something we always thought about. Once this NIL rule came about it was such a natural transition for us. We were thinking about this for months and months. We started out with football and now we have some basketball. Eventually we will start doing packs. Right now we are selling them individually on the website. 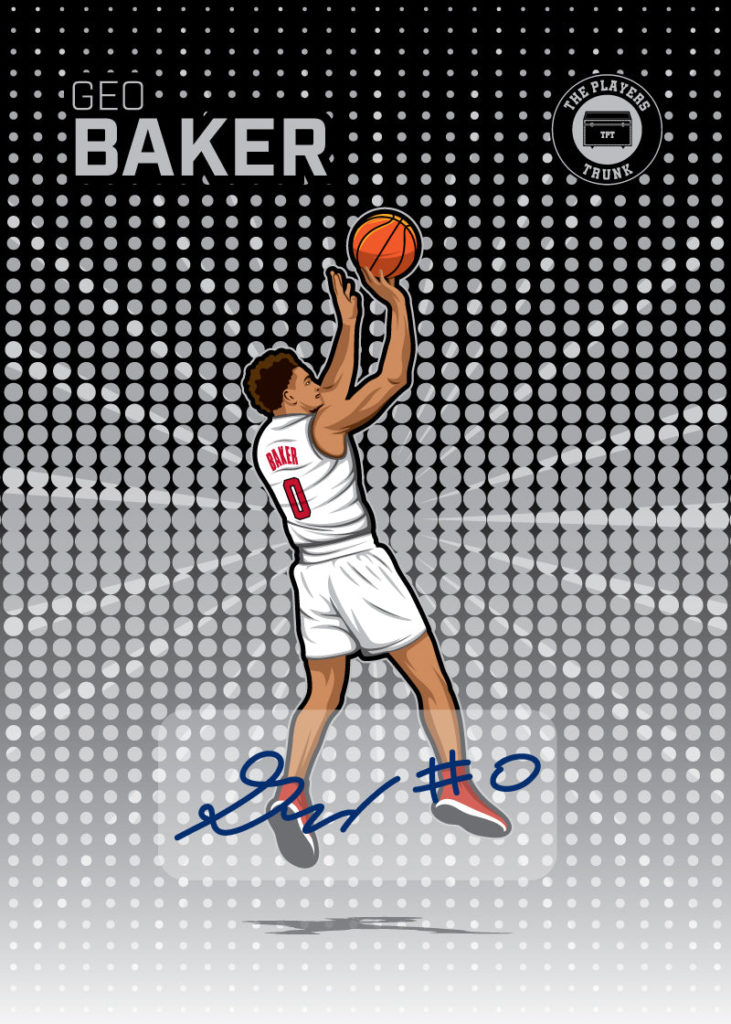 We are looking to continue to add more players each can every week as the season go on. We are super excited about it. The reception has been great as far as the graphics, the feel and the look of the cards. It has been huge for us. We are excited about what we can do with theses trading cards. Honestly, the whole first run, to actually see it produced and go from an idea to reality, is the coolest moment for all of us. To have a trading cards that is The Players Trunk branded is super cool and rewarding.