In 2015, a video posted by the Clemson football team’s social media accounts went niche-viral among college football fans. In the clip, a faceless team manager theatrically details the tsunami of gear given to players; the pile of pants, workout shirts, shoes and jerseys quickly overwhelms the equipment table.

While the intended message was clear: High-profile football recruits, come to Clemson and you’ll get buried in fresh and exclusive Nike gear. But even clearer was a less intentional takeaway: this, the video explained, is what you get instead of being fairly compensated for your participation in college sports’ most lucrative enterprise.

But there might be a middle ground. Team-issued sports gear has a kind of lusted-after value; the market for game-used equipment is pretty robust. And all the stuff players get issued sits in the back of a closet once they’re moved on from school. What if those would-be Clemson players could use their sweat-stained practice shorts to close the gap between what they’re worth and what they’re given?

To Matthews and his partners, the question of whether a market for their used gear existed was never an issue. The black market has been booming in the team issue apparel game forever, as students or boosters have always been willing to part with a little cash for a rare and authentic item. If you could arrange a safe meetup on Instagram, it was a clean transaction with no paper trail. That’s how Matthews linked up with the Pomerantz brothers in the first place: he was accepting offers for his used game and practice apparel via Instagram DMs, and one of the brothers reached out.

“I was only reaching people only through my Instagram,” Matthews says over the phone from Chicago, where he is rehabbing an ACL injury in the hopes of resuming a pro basketball career. “And I was excluding a whole audience across the country.”

After Simpson finished up his eligibility at Michigan, he reached out to Matthews, hoping to get some help unloading his stock of Jordan-brand Michigan gear. He had seen Matthews have some success turning excess equipment into cash. (Before transferring to Michigan, Matthews played his freshman season at Kentucky). 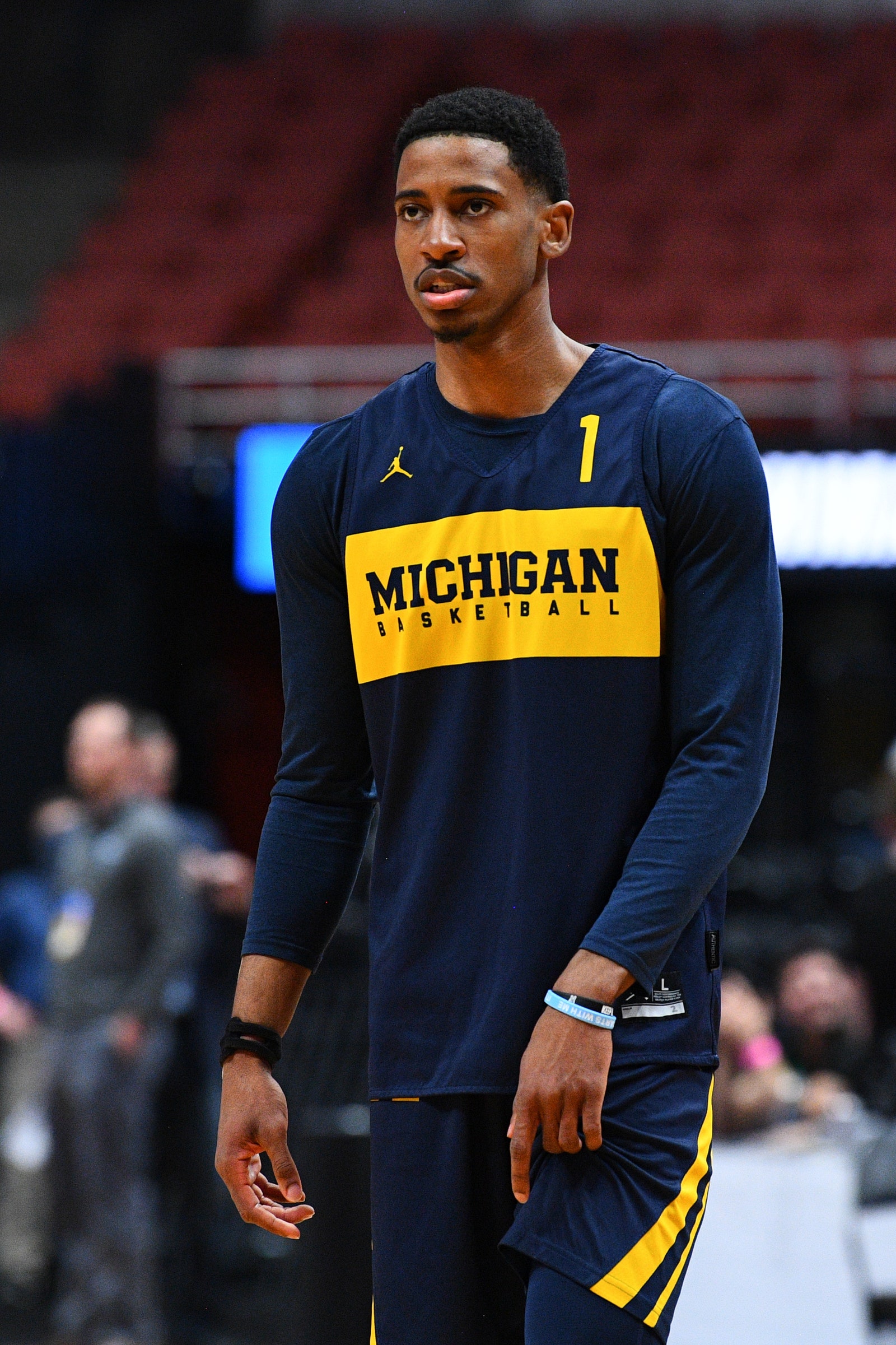 With the equipment managers in the fold, they came up with an idea for a marketplace where athletes—all of whom have used up their college eligibility, and can sell their stuff without violating NCAA restrictions on amateurism—could consign items they didn’t plan on keeping. (They also have a Cameo-esque video service). Best of all, if the Players Trunk sourced gear directly from players, there’d be no question about authenticity.

There exists a certain breed of sportswear collector for whom authenticity is paramount. Even if an item—say, a pair of team-licensed basketball shorts—includes details that are also included on items made for the athletes, they’re essentially well-made replicas that are mass-produced. Which means they’re not enough. What Players Trunk sells is items made for the athletes directly by the manufacturer of the item, to performance specifications—goods with the nuclear-grade touches (like an individual player’s number or initials sewn into an item) that separate them from the civilian version.

But most of the Trunk Clubs’ items hold value for another reason—the player.

“The quality matters,” says Matthews, “and at the same time there’s the sentimental value. If you’re a fan you could say, ‘Hey, this is actually [former Michigan QB] Shea Patterson’s shirt, this is actually Shea Patterson’s bag’. And they can prove it. We have pictures that go up with the item where the player is wearing the shoes, or the jersey.” All of the items on The Players Trunk are effectively 1 of 1.

After compulsively checking for Kansas Jayhawks related items—Manny Miles, Les Miles’ son, is a seller, as is former star PG Tyshawn Taylor—I began browsing with Chase Jeter’s trunk. Jeter was a McDonald’s All-American who played for both Duke and Arizona, which I thought might lead to a variety of rare items from two blue-blood basketball programs. I was … not wrong, and many sold out items in Jeter’s trunk sold for $300 or more. The highest-value item on the site is a 2018 Final Four chair signed by the Michigan team that made it to the national title game.

How items are priced varies from agreement to agreement. “We have an open policy,” Matthews said. “We talk to the players directly about pricing. We give them our input, but the player has the ultimate say in everything.”

By design, the site does not include currently eligible athletes. But that’s not for lack of interest, by any means.

“It’s out of the question right now, and the only reason is to protect the player,” Matthews says. “If it were up to us—and the athlete could still play—we’d do it in a heartbeat. We could care less about the NCAA.”

While enormous cracks in the system have been exposed in recent years, an increasingly prominent racial justice movement in sports has inspired demands for action, now. As a result, the entire Division I athletics system is up in the air and the NCAA definition of “amateurism” will soon be a thing of the past. In an age of long-awaited player empowerment, this moment represents an unprecedented opportunity for athletes to organize, to negotiate, to activate as well as to make some money from value they created. While Players Trunk has its eyes on individual players' welfare as opposed to larger systematic changes, its existence is yet another development toward a more equitable athletics system.

“Our site is predominantly football and football and basketball players,” Matthews says. “It's no secret that the predominant race in those sports is African American males. A lot of us come from poverty. We can’t call our parents up and ask, “Hey, can you send us X amount of dollars?” A couple hundred extra dollars will go a long way.”

At the moment, The Players Trunk posts one new player trunk per day, according to a schedule sent out a week in advance. While Matthews has been surprised by what has sold—he thought buyers might cover the shoes most, but he's seen accessories and game shorts sell out the moment they are listed—he’s hoping that the word of mouth might open up the opportunity for the consignment of even rarer items, like championship rings, another bauble given to players in lieu of paying them.

Now, with aspiring pro athletes in limbo because of COVID-19, the need for some short-term cash is greater than ever, and the necessity of player-forward services like the Players Trunk feel that much more pressing. As a platform, the Players Trunk gives players a way to not only realize their own value, but also creates a runway to monetizing their likenesses and experiences after decades of exploitation.

For Matthews’ company, the vision is straightforward, to the degree that the greatest challenge he sees for the Players Trunk is its most relatable one.

“The biggest challenge running this company, for me?” Matthews says. “Shipping. That’s the one thing players don’t want to do.”